A medic squats beside the body. Concern etches his face, communicating the serious status of his patient. Sweat beads on his brow; he bites his lower lip.

The kid’s angular features distort into a painful grimace. I can’t see blood, but tears roll from the corner of his eyes. Lower extremities sprawl in an unnatural pose. I wait for a sign of life in the useless appendages.

Doug’s mouth hangs open, his eyes fixed on the screen of our new television.

“For this, we got HDTV?” I hurl the question into the unresponsive room. 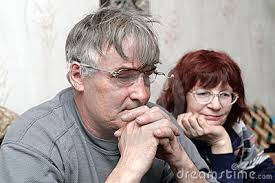 In the upper left hand corner of the screen, I view a group of fellow warriors. Huddled in the cold, their breath escapes in wisps of fog. Arms encircle their frozen torsos; they slap themselves, teasing chilled blood into warmth, luring it to the surface. A surgeon’s suturing a scarlet laceration on a young black face.

Another group of guys trot out from base camp, bearing a stretcher. I watch them logroll the boy in the field, carefully immobilizing his neck. I wonder if he’s going to make it, or if he’ll spend his days imprisoned in his flaccid husk-of-a-body.

“Of course it is. Everything we do is about money,” he answers and takes a slug of beer.

“It is about ideals. It’s about freedom and courage. And heroes. We need our heroes.”

“So, some poor mother sacrifices her son for some obscure objective? Some American pipedream.”

“It’s not just about our country, Rachel. You know that. The whole world’s watching.”  Doug clutches a handful of chips and shoves them in his mouth. He continues, “We’ve got to let them know who’s in charge, who’s strong.” Tortilla chip fragments, soggy with spit, shower my tee.

I tear off a paper towel, dip the corner of it into my glass of water, and begin to clean my spattered bosom.

“Please don’t talk while you’re chewing; look what you did to me.”

Doug sees and a crooked smile fills his face. He reaches over and pinches my nipple peeping through the damp shirt. “Ah, good ol’ American freedom,” he says and trains his eyes back to the TV.

A flash of action darts across my field of vision. “Life’s different now,” I say. “We used to hear about things like this after they happened. Now it’s broadcast live. That’s not how it was when we were kids. We crowded around the radio to get our news.”

“Hummmph!”  Doug soaks in the real life drama, unfolding before him.

I grab my knitting.  “I can’t watch this anymore,” I say.

“Well just shut up, then.  I let you know what happens.”

Visions of the two grandsons we’d raised loom before me. Thank God they’re more like me than Doug, I think. They’d never get involved in this.

“What do you think they’re up to?”

“I know for a fact that Ernie’s doing the exact same thing that we are,” Doug said. “But I wouldn’t be surprised if Eddie’s watching golf.”

Doug raises his index finger and leans forward, resting his head in the palms of his hand, elbows on his knees.

From the corner of my eye I glimpse another body splayed face down, unmoving. The camera pans to a close-up of Condi Rice. How can she let this happen? She’s a woman, for God’s sake.

Our country’s flag waves in the right hand corner of the scene. A buzzer sounds reminding me of the take-cover drills we had to do in grammar school.  There are no winners, I realize.

“Two minute warning,” the announcer calls. “Stand by for our half time report.

I couldn’t resist re-posting this short story that seems appropriate to the season. I confess I’ve developed a huge interest in football over the past few years, though I may be caught knitting during the game. Have a happy week, everyone–and don’t forget that the poetry pub at dVerse reopens today, the 6th, with Poets and Pretzels hosted by Brian Miller then Open Link Night on Tuesday.